We’re so excited to welcome Nick Makris to the Clique team as our new back-end engineer! Nick is a multilingual, BBC-show buff, and self-proclaimed nerd. With an unprompted “I love to build things” moment in my interview with him, it feels right that he ended up at Clique. Here are some other things you should know… 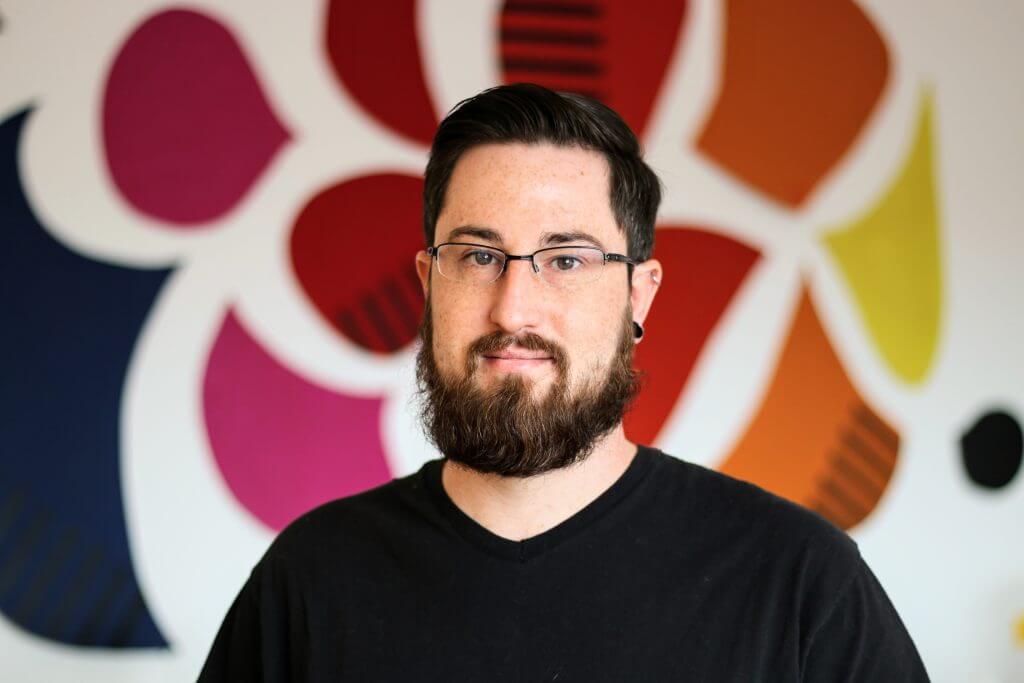 “It was a few things, but the team was a big one. I’ve been a developer for a while, but I’ve always been with only a few others and had to rely on Google a lot for learning new things. Here, there’s a team of talented, smart people and I’ll have a wealth of knowledge at my fingertips.”

Now onto some fun questions. If you could have any animal as a pet, what would it be?

“A cat. My wife and I have four right now: Flynn, Rapunzel, Salem, and Angel. But, they all have nicknames that we call them around the house.”

What are the nicknames? Give me a few.

“Flynn we call ‘Finnigan,’ just because. Salem is ‘Beup’ because that’s the noise he makes when he jumps from high ground to low ground. He was the runt of his litter, so he’s extremely tiny for the size cat he is.”

We spent another solid five minutes getting sidetracked on his cat’s nicknames and origin stories (and, even as a dog person, I’ll admit, they seem adorable).

“I’ll have to spell this. S-o-u-v-l-a-k-i. Souvlaki. It’s pork tenderloin with olive oil, garlic, and oregano, charred on the grill. It’s served with a real greek salad and tzatziki sauce. I ate it growing up, and it’s my favorite thing to cook today.”

“An architect. My uncle was one and my grandfather was a construction worker. As a kid, I loved playing with legos and was obsessed with building things.”

If you had to have a job other than the one that you have, what would it be? An architect?

“No, actually I’d be a pharmacist. I worked at a pharmacy for four years in a smaller community, and the pharmacist there was great. She built real, personal relationships, helped people, and became a part of the little community. Doing that every day would be rewarding. Plus, pharmacology is really freaking cool.”

“The Lord of the Rings Anthology. I’m a huge fantasy nerd. I love the lore—the ability to encapsulate myself completely into another world—a simpler world—separate from our’s.”

“A teacher once told me, ‘Figure out what you want because no one is going to tell you what you want.’ That’s how I became a developer. It’s not about competing with others; it’s about finding what you want to do and doing it.”

“Magic: The Gathering. I went to a local game store with a deck that I randomly threw together and asked the owner for advice. He took it and helped me build a solid foundation deck, free of charge. Ever since, I’ve been playing casually, but, recently I’ve been getting more and more competitive about it.”

“Yeah. It’s really popular. I like it because it’s similar to chess: it’s a game based in logic and restrictions, but there’s an infinite number of outcomes. There’s a political side to it too, with treaties and alliances. It keeps my mind sharp. People hear it and think ‘ugh, nerds’ but it’s actually really, really cool.”

Well, with a First Friday completely planned around Dungeons and Dragons, I can say with certainty, that another nerd will fit in just fine. Welcome to Clique, Nick!