We’re so excited to welcome Daniel Nelson (he/him) to the Clique team as our new project manager! With the childhood dream of becoming a rockstar, Daniel introduces himself as someone with a HUGE personality and, trust me, he proves it every day. He’s a people person, an avid bicyclist, and an I-have-a-degree-in-chemistry science nerd (aka—he’s really, really smart). Here are some other things you should know about him… 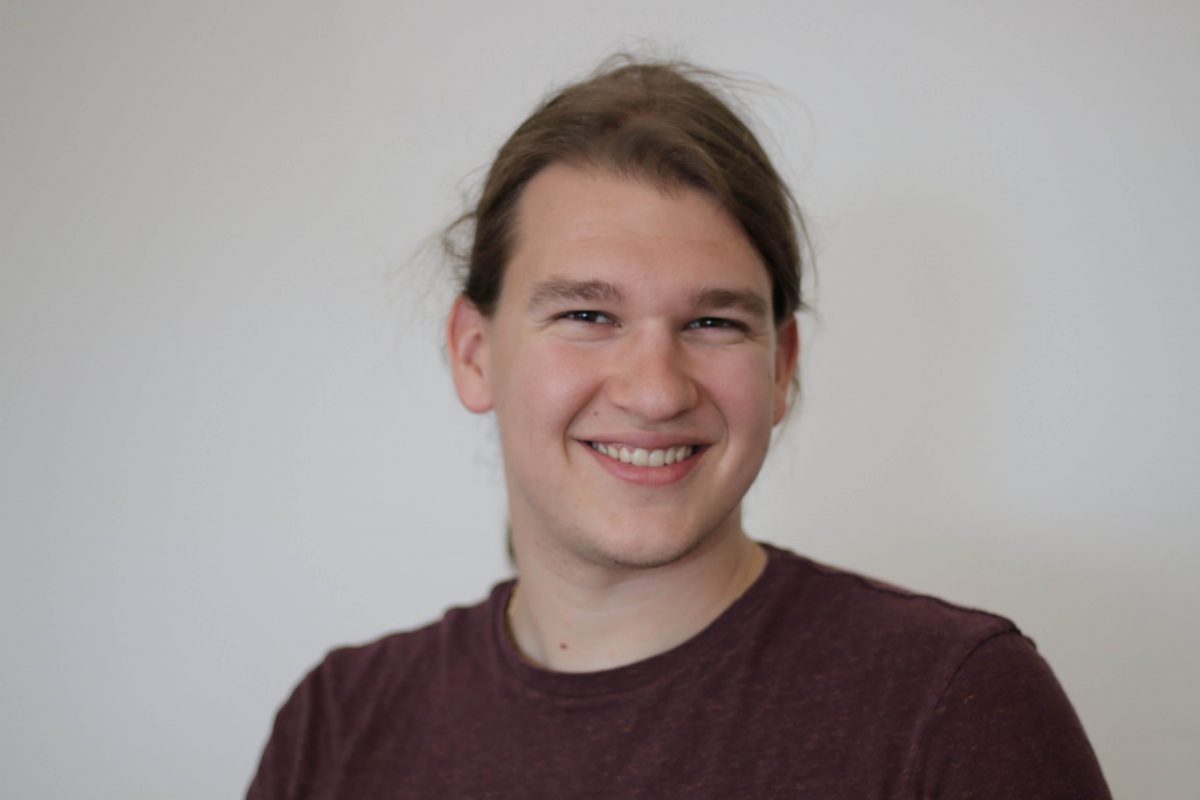 Before we start, I have to ask, what’s with the shirt?

(It says “Stacked like Pancakes” on it. Is this some new lingo I’m not aware of?)

He bursts out laughing.

“HA! It’s actually just a t-shirt from my friend’s super, super cool, DIY, independent band, and their music is wicked. This shirt is what I like to call an ‘anchor item.’ I have a theory that finding common interest in uncommon things is how you really connect with people. I wear this to get people to mention it…and it WORKED!”

He cracks up again. I have to give him this one. It totally did.

“I met JB and Laura (two project managers at Clique) at a Digital Project Managers’ Meet-Up and loved the way they presented and talked in terms of creating solutions for clients. It was the work that I wanted to do.”

Another win for the power of #networking.

Now that we’ve solved the shirt mystery and have the professional questions out of the way, if you could have any animal as a pet, what would it be?

“Does it have to exist still?”

I’ll suspend belief for this one.

“A velociraptor. It would probably kill me, but they are SO. COOL.”

I ask the only question you can ask after this answer…

“So many reasons. The fact that they’re more intelligent than dolphins or dogs. Their claws are 4 inches long.* They can run up to 40 miles per hour. TERRIFYING, TERRIFYING killing machines. Yeah. They’re cool.”

What did you want be growing up?

“I wanted to be an astrophysicist/philosopher. Oh, and a rock star, but I’m still trying to do that.”

“I’m a drummer and have been in a lot of different bands and groups, usually in the hard blues/rock category. I’m currently looking for one to join in the city.”

“Helping people realize their value. Like, this guy can’t feed himself, but he does this great thing.”

There’s a glint of mischief in his eye. He knew this was coming. It’s the shirt all over again.

“SO. It’s a candy from my hometown (Cumberland, MD) that I have yet to find anywhere else. It’s also called the poor man’s candy, because you can make it for 10 cents. You basically take a mashed potato and add sugar to it, like 4 pounds worth. A ton of sugar. When you add sugar to starch, it turns into a liquid. Coolest experiment ever.”

“Basically, potato + sugar = dough. Then you roll out dough, put peanut butter on top of it, roll it into a swirl and then cut up pieces. It’s really good. It has the richness of fudge.”

Potato candy? Did not see that one coming, but with any conversation with Daniel, there are always some sweet surprises. Welcome to the team Daniel! Can’t wait to see what you do (and to eventually taste your homemade potato candy).

*Fact check: Velociraptor claws are estimated at 3.5 inches, rather than the 4 inches that Daniel said. Still, impressively close.