Hitting the Books: A Digital Agency Swaps Screens for Hardcovers

According to PEW Research Center, about 24% of American adults say they haven’t read a book — even partially — in the past year. That’s pretty jarring.

At Clique, we’re serious about education. We regularly participate in external training and speaking opportunities. We develop curriculum for leading universities. And internally, we make sure learning and teaching are part of everybody’s core responsibilities.

One of our core values is “be a student and a teacher.”

We want to be the best at getting better. So we’ve committed to learning as much as we can and sharing that learning with anyone willing to listen (like you!).

One way we thought to bring that value to life is to build out a library. So we did. Comedian Bryan Callen says that, “The difference between the people you admire and everybody else [is that the former are] the people who read.” We tend to agree.

To start our library, we made a field trip out of it. We visited our neighbors in the Fine Arts Building — The Dial Book Shop — and everyone selected a book or two to share with the group. (It was a nice bonus to be able to support our local bookstore). With subjects ranging from poetry and nutrition to autobiographies and economics, our library currently features over 50 books. 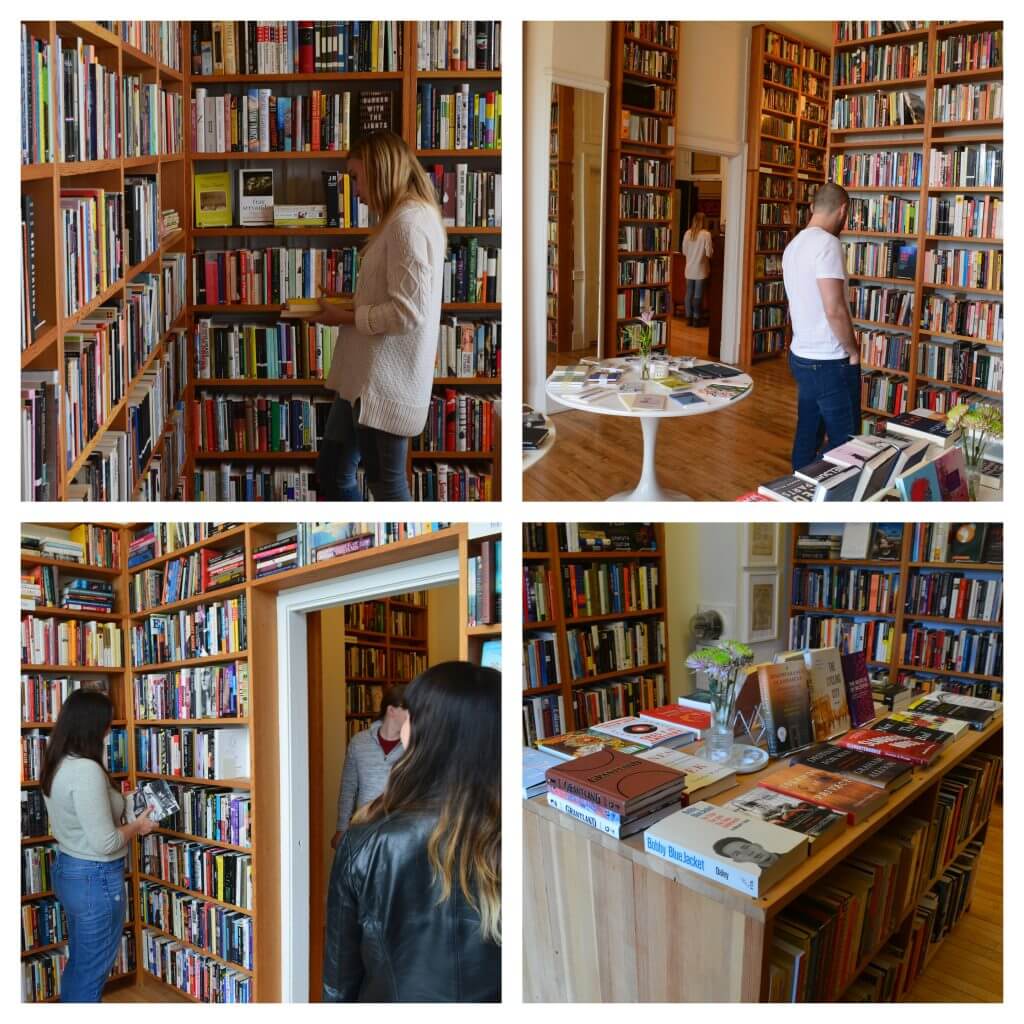 For this post, we interviewed a few people on our team about the specific books they chose and why — because we’re curious like that.

Here’s a peek at a few of the books in our library and what people had to say about their selections:

I am Malala by Malala Yousafzai

“I’ve followed her story in the news, and I thought having this in our library would be a good way to dive deeper into it. I’ve always admired her strength and conviction.” – Derek Nelson, Partner / Creative Director

The Birth of Korean Cool by Euny Hong

“Growing up, I was super into Korean pop music. I would go to the store with my mom and buy their CDs and posters and plaster my walls with it. I ate it up, but then, in college, I kind of forgot about it, so when I saw it at the bookstore, it was kind of a gut reaction of ‘yeah I want to read that.’   I think seeing Korean pop culture from the author’s perspective will be really cool for me and anyone who on the team who wants to learn about a different culture.” – Sue Janna Truscott, Head of Design

The Alchemist by Paulo Coelho

“I’ve read it 7 times and given it as a gift around 20 times. One of my copies has been read by about 10 different people because this book is pretty impactful for me. I’m attracted to simplicity and existentialism and, for better or worse, that’s what it delivers. There’s also a ton of thought in the book about what it means to really be a student of the world and take what you can from each situation. Genre? Awesome.” – Brent Williams, Director

What the Dog Saw by Malcolm Gladwell

“I chose to share this book because there’s something so fascinating about his writing style. He’s really intelligent but writes in a way that’s human and approachable. I hope that anyone who reads it gains an appreciation for the ordinary. He takes topics that you wouldn’t think about and makes them interesting, and then you want to tell people about it and pay it forward.” – Renee Esper, Office Manager / Opps Coordinator

On Writing by Stephen King

“I see this book as the bible for anyone who wants to be a writer. It inspires you to get moving and actually set aside the time to create whatever you want to put out into the world, whether it’s writing or something else. When I read it for the first time, it reinforced why I wanted to be a writer, and I hope it does the same for the rest of the content team.” – Mel DeStefano, Content Strategist

Moving forward, we have big plans for our little library, so stay tuned…