We’re thrilled to welcome Autumn Cisbane to our engineering team as a front-end developer. Their interview process revealed an inherent desire to “fix things and help people”, which is something we love here at Clique. Autumn is admittedly shy but our conversation uncovered a thoughtful, funny, and creative personality that we’re so excited to have around the office. Here are some snippets from our conversation… 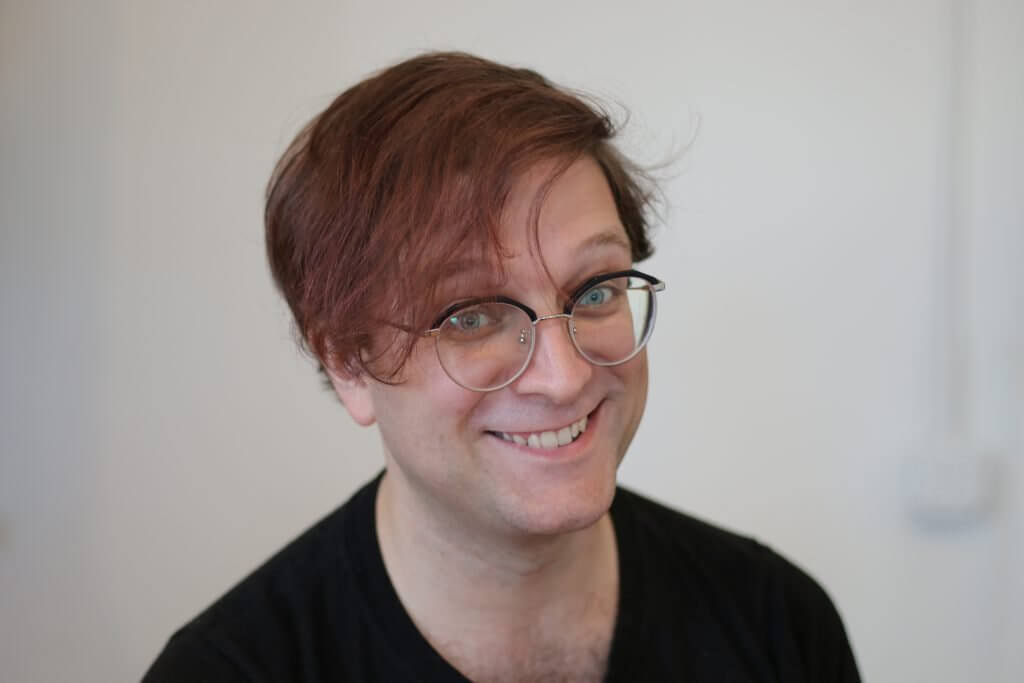 Tell me, what brought you to Clique?

“I was freelancing before Clique, and as I developed my skills, I started to see their value in a different light. So when I started looking for somewhere more permanent, I just wanted to find a place that I agreed with philosophically.”

So how’s your first week going so far?

“Good so far. Everyone’s very friendly. It’s been a bit overwhelming because it’s not an environment I’m used to. Compared to freelancing, where you’re just thrown into something without time to think about it and figure it out as you go. It’s different having time to settle and process things.”

Good problem to have, no?

After a week packed with onboarding, introductions, and new information, what’s something you do to make your day a little better?

“This week, I’ve been stressed by the end of the day. I might have a drink, usually some whiskey, wine, or gin. I’ll listen to music or play Overwatch to decompress. Doing something that activates my brain without having to really focus is nice.”

Okay, so that’s a nice after work routine. What does your ideal weekend look like?

“I like to have a slowly escalating sort of weekend. I’ve got a pretty chill wake up cycle. I have a reading nook in my home office, where my cat sits on the windowsill. I’ll chill for a couple hours in the morning and then start doing something during the day. If I feel like I haven’t accomplished something in the day, it’s been wasted. Even if it’s just like drawing something, working on a game project, etc. Once I’ve had my chill time, and accomplished something, then I’ll go hang out with friends.”

I know you have a cat, but if you could have any animal as a pet, what would it be?

“I already have a cat, a dog, and a turtle. But I’d also like to have some sort of bird.”

“They’re smart, but they’re sort of a mess. If I had someone to take care of it, maybe.”

What did you want to be growing up and coming out of college?

“As a small child, my answer was always, “I have no idea”. Like, I’m not old enough to know what I want to be yet. So I never really thought about it. Coming out of college, I’d gone to school for network administration. I knew I wanted to get into something with art or development.”

Front-end development seems to check a few of those boxes.

If you could be the best in the world at anything, but bad at everything else, what would it be?

“That’s an easy one for me. I would want to be best at teaching other people how to do stuff.”

At Clique, one of our core values is to be a student and a teacher. We like that attitude around here.

Okay, can you tell me about the best advice you’ve ever received…

“So, I’m no stranger to having analysis paralysis. When I’m thinking about doing something for too long, I often decide not to do it. But it’s usually because I’m just overthinking it. I’ve been told that I should trust myself more; that I should rely on my first reactions to things. And if I end up changing my mind later, that’s fine. Doing something is better than not doing anything at all.”

“It’s not the most aspirational, but I’d like to have a better wardrobe.”

I feel you. But I lied, one more question. Any idea what that looks like?